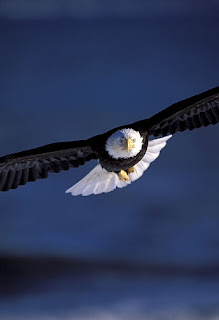 As some readers may have noticed, my posts haven’t been as frequent the previous two weeks. My employer has me working on an ambitious project requiring heavy overtime and the deadline is April 24th. I will post with greater frequency after that date. My plan is to at least compose essay posts on Sundays if time allows and hopefully write short commentaries during the work week about current events.

I appreciate the patience and understanding of my readers during this period. It frustrates me not being able to blog more frequently regarding the issues I'm passionate about. Alas, even we bloggers must eat and have a roof over our heads.

In the meantime, allow me to comment on E.J. Dionne’s column in today's Washington Post entitled, “Answers To Atheists.” It’s a provocative read as the liberal Dionne writes about the dogma of militant atheists and religious fundamentalists:

“The neo-atheists, like their predecessors from a century ago, are given to a sometimes-charming ferociousness in their polemics against those they see as too weak-minded to give up faith in God.

What makes them new is the moment in history in which they are rejoining the old arguments: an era of religiously motivated Islamic suicide bombers. They also protest the apparent power of traditionalist and fundamentalist versions of Christianity.

As a general proposition, I welcome the neo-atheists' challenge. The most serious believers, understanding that they need to ask themselves searching questions, have always engaged in dialogue with atheists. The Catholic writer Michael Novak's book ‘Belief and Unbelief’ is a classic in self-interrogation. ‘How does one know that one's belief is truly in God,’ he asks at one point, ‘not merely in some habitual emotion or pattern of response?’

The problem with the neo-atheists is that they seem as dogmatic as the dogmatists they condemn. They are especially frustrated with religious ‘moderates’ who don't fit their stereotypes.”

Dionne reminded me of my recent experience with “neo atheists” on the blogosphere. Some time ago I wrote a post entitled, “Wanted: An Atheist Candidate For President” and received hate email from atheists! As it is I regularly receive hate emails from conservatives. Since I started blogging Christian fundamentalists have been especially hateful in their emails.

But receiving hate email from atheists at the time really stunned me. One of these insipid people actually wrote I was being too “respectful” of religious people and was no better than Pat Robertson! Meanwhile, Pat Robertson thinks secular liberal Jews like me have a one-way ticket to hell. Sadly, both extremes feed off each other and faciliate even more hatred.

Interesting post. As I've mentioned before, I'm a committed Christian and political progressive. I welcome the insights not only of other religions but also of secular humanist thinkers. And I'm sad to hear about you receiving hateful messages from atheists, just as I am appalled that you are receiving them from fundamentalist Christians. I'm glad to report that few, if any, of my secular, atheist, or agnostic friends display the extremism of the most militant atheists you mention. In my experience, secular people are very reasonable and oftentimes at least as ethically thoughtful, if not more, than the average Christian. And they are usually very tolerant and accepting of my religious belief. But I suppose there are a few crazies out there who want to stamp out all religion--even spirituality itself. They will feed off the religious fundamentalists, who will in turn feed off them, and they will try to destroy each other. Meanwhile the whole world is suffering from poverty, inequality, war, violence, and impending environmental catastrophe. We're going to have to get together to solve these problems, not tear each other apart for narrow religious (or anti-religious) beliefs. I realize this sounds like wishy-washy, can't-we-all-just-get-along tolerance-talk to the fundamentalists of all stripes out there, but that is what I actually believe, strongly and from my heart and deep religious faith. And that's what Jesus--whose life, death, and resurrection we are celebrating this Holy Week--was all about too.

The problem I have with Religion and certain kinds of Atheism, notably hard atheism and Metaphysical Naturalism, is in their dogma.

Dionne's summation of Sam Harris' arguments don't even qualify as a summation. Looks like Dionne needed to fill up his column for Easter, scratched his nose, and came up with some fluff about why he still "celebrates" Easter, whatever *that* means. Does he celebrate by eating chocolate bunnies and bon-bons?

Harris is not dogmatic. Dionne, I notice, is careful to write: "The problem with the neo-atheists is that they *seem* [my emphasis] as dogmatic as the dogmatists they condemn." He qualifies is accusation with the word *seem*. To Dionne, they "seem" as dogmatic as... I interpret this as meening that Dionne either hasn't read Harris or would rather insinuate than argue from facts.

Does Dionne think they are dogmatic or not? "Seem" doesn't cut it.

The bottom line is that Dionne's whole essay is built around that mitigating word "seem". He's not saying they are, but *if* they are, then this is what he thinks.

I find these sorts of non-commital opinion pieces to be rubbish.

Fact is, Harris also gets hate mail from "hard atheists", because he is not willing to write off the value of mystical experience.

Dawkins is also not dogmatic. Dawkins, for instance, has not written off *Deism*. He admits to the possibility of a Deistic God. He *has* written off *Theism* and I think he is write to do so. Harris agrees and persausively dismisses Theism. This is a position and subtelty which Dionne is either unaware of or choses to gloss over for the sake of an opinion piece.

There are dogmatic hard atheists out there, but Dawkins and Harris are not among them.

In the interest of disclosure, I am methodological naturalist (which is not the same as atheism).

True believers are everywhere, Rob. They don't have to believe in God to be wackos--they can believe in communism, capitalism, the clockwork universe, etc. They are the live-and-don't-let-live types, with their commonality simply that of intolerance for those who believe differently.