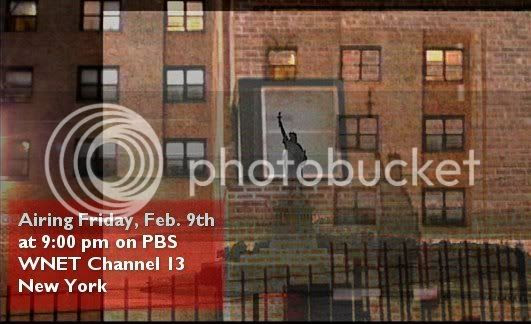 Last month, I wrote about “Brick by Brick: A Civil Rights Story,” a documentary to be aired on Friday, February 9th (9PM EST) on PBS covering the struggle for civil rights in Yonkers, New York. At the time I received E-Mails requesting a reminder post when the airtime for this documentary neared. It happens the director and producer of this documentary, Bill Kavanagh, is a good friend as well as a blogger and he agreed to a podcast interview. Since the PBS broadcast is local to the New York metropolitan area, the documentary’s website (click here) will provide a link to purchase a DVD of this film in a few days.

Without rehashing my previous post, here is a brief synopsis. In 1985, the US vs. Yonkers ruling challenged the institutionalized housing and educational discrimination of an entire city. The linkage of housing discrimination with a segregated school system was an historical watershed. Through the courts a ruling codified a remedy for both.

Critics believed the ruling illustrated an out of control judiciary while supporters of the decision hoped social justice was on the way. Instead, the fallout from the decision exposed racial fault lines in Yonkers, New York as the white community resented any effort to expand access to better, more integrated housing for minorities. Sadly, the city of Yonkers found being in contempt of court preferable to addressing their legacy of racism.

Kavanagh brings impressive credentials as a filmmaker to this documentary. In 2001, he was the field producer for Enemies of War, a PBS documentary covering the civil war in El Salvador. Kavanagh went to El Salvador and interviewed rebel commanders, Jesuit priests, officials from the Salvadoran and US governments, human rights workers and ordinary Salvadoran citizens. He covered the first elections after the ceasefire and interviewed the late Congressman Joe Moakley and his aide, Jim McGovern, who broke the wall of silence around the killing of six Jesuit priests, their housekeeper, and her daughter by the Salvadoran military in 1989. Enemies of War was shown nationally on PBS.

With Brick By Brick, Kavanagh and his production team illustrate how a ghetto was created through public policies. It is the local people themselves on both sides who tell the story in Kavanagh's film. Truthfully, the people of Yonkers are describing a familiar tale for many American communities. I was honored to interview Kavanagh about his important documentary and the civil rights struggle in Yonkers. Please refer to the media player below.


This interview can also be accessed for free via the Itunes store by searching for "Intrepid Liberal Journal."
Posted by Robert Ellman at 6:18 PM

Once again, people who are unfamiliar with Yonkers start with a thesis on the now ancient desegragation order and go out and get the inteviews to support it.

I know exactly where the writer of "It Takes A Hero" lives, because she was my neighbor before I moved to Yonkers. She herself ponders, looking out the window of her upper middle class enclave (more to the point than race...) how she would feel if some far away judge ordered a housing project to be built accross the street from her. I know what show would do - same thing they do when they want to expand a supermarket, build a 6 story apartment building, or anything else.

Yes, there are many racists in Yonkers, and many communities with a cohesive culture who aren't eager to have thier neighborhoods changed . You will have no trouble going out and 'proving' that - it's true. But to see - certainly in retrospect - that the ruling not only did nothing to desegregate Yonkers, it actually increased the segregation: it doesn't take much looking, but you do have to look.

How can Yonkers be considered a single entity, when the four major sections have more in common with the neighboring towns than each other? My neighborhood relates to Hastings and Dobbs Ferry. Southwest relates to the Bronx. Northeast relates to Scarsdale and Bronxville.

Yonkers does not stand alone. Hastings does not need to desegregate because they provide NO public housing. There are almost no people of color. No projects, no blacks, so they are not violating anything.

Meantime, Yonkers has an abundance of public housing - is it any surprise it's in the poor part of town? The flaw is no better revealed than the move to build projects in a long established middle class neighborhood with a black majority - how was this addressing racial segregation in schools?

Did Yonkers show some of its worst side in this? It sure did - as the the federal government. What was the end result? Basically, the near destruction of a school system and to a large extent, a city. The synagogues have almost all closed down - because while the white Catholics were committed to private education, the Jews tended to public schools - and so moved to places where the schools were not being wrecked. Today, most any black parent who can afford it sends thier kids to Catholic school as well. Right - black kids and white kids are going to school together: private school. Because the convoluted overcomplicated reasoning of the desegreation order made it impossible to run the public schools.

Yonkers is the most integrated town I've ever lived in. It is snubbed by the surrounding towns as dangerous and racist. In these surrounding towns, full of filmakers and writers who purge thier middle class guilt by pointing at Yonkers and saying "we're not like them" - its easy to be tolerant when you live in a homogenous community. Where I live, with people from all over the world and all over the economic spectrum, we have to work at it.

It doesn't help to have unproven theories from someones social work thesis being forced in - when the right answer would have been to look at the schools in the poorer parts of town and ensure that they get the same resources as the other parts of town. That, and perhaps a voucher system so any poor kid who wants to go the the rich school (there won't be a vice-versa) can do so.