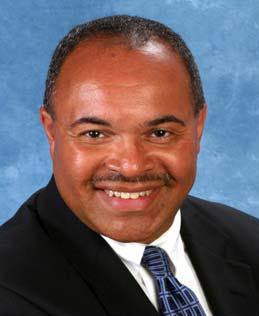 It seems that entropy has been unleashed upon our lives. Hyper-sized banks, corrupt institutions, out of control developers and a political culture that wages class warfare against regular folks has taken a wrecking ball to the American dream. Here in Brooklyn, it seems that corporatist wrecking ball is on steroids. The best antidote is to support the best and the brightest of authentic progressive reformers locally.

I was reminded of that recently when Chris Owens shook hands at my Bergen Street subway station in Brooklyn last week. As readers of this blog may recall, Chris was my first podcast interview in 2006. He’s a true progressive who champions wage earners and community over the interests of developers. Chris is just the sort of person we need to represent core progressive values of decency and fairness with the Democratic State Committee for Brooklyn’s 52nd Assembly District. He's an independent voice and not part of the machine.

His campaign slogan says it best,

“Stop the corruption! End the dysfunction!”

As with any campaign, true progressive reformers such as Chris Owens are going up against well financed Goliaths who want no part of his people first agenda. Hence, support from the grass roots is critical.

I realize we’re all burned out and jaded on politics these days. That’s especially true with the horrific corruption and insipid governing happening in both Washington and Albany today. Action is empowering however and supporting Chris Owens to represent Brooklyn’s 52nd Assembly District in the State Committee is a means of thinking globally by acting locally.

That’s why I’m supporting his campaign and I hope you will too. Please click here to either join Chris Owens campaign as a volunteer or make a donation.

We need him.
Posted by Robert Ellman at 8:02 PM

Hi Robert- I’m sorry we have not had a chance to meet. I’m Jesse Strauss, another reformer in the race for District Leader in the 52nd. I’m young, energetic and committed to reforming the way the Democratic Party operates in Kings County. My campaign platform is called the “Foundation for Reform.” See, I understand the nature of the challenge – well entrenched incumbents accruing power – and I plan to create a model of a reform minded, progressive county organization that future leadership can use, even if we can’t beat these guys in the immediate future, try as we might. I’ve been endorsed by a number of reform clubs and local progressives and activists in the district (and beyond). My volunteers and I are out all over the district morning and night, so maybe we will run into each other. I’m also having a lot of fun out there. If you’re into this stuff and want to hear more, I would be happy to meet. Please let me know.