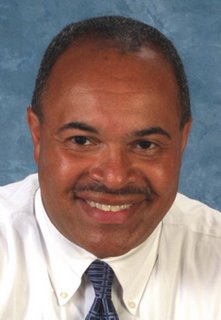 The 11th Congressional District in Brooklyn, New York is a human mosaic of 654,000: 60 percent blacks, 20 percent whites, 12 percent Hispanics, 4 percent Asians and 4 percent other ethnicities. The minorities, mostly Caribbean Americans and other immigrants, comprise 80 percent of the district.

This district is historically significant because it was created pursuant to the Voting Rights Act. In 1968, the 11th elected the first black woman to Congress – Shirley Chisholm. Since then the predominantly black population has been represented in Washington by one of their own. The incumbent, Major R. Owens is retiring after serving in Congress since 1984. An African-American, Representative Owens is highly regarded among progressives for his commitment to strengthening public education.

Ironically, it is the candidacy of a white politician named David Yassky who has generated controversy in the 11th. Yassky is the only white politician among four candidates vying for the Democratic Party’s nomination. There is virtually no doubt the seat will remain in Democratic hands this November.

Yassky is a city councilman who originally planned to run for Brooklyn District Attorney. He abandoned that race, changed his residence to the 11th district and quickly raised $1 million for the campaign. Some regard him as an accomplished public servant with much to offer. Others believe that Yassky calculated he couldn’t win the race for District Attorney and preferred to campaign for an office in which the black vote would be split three-ways. Yassky contends he entered the fray after “soul searching.”

Al Sharpton among others has advocated that two of the black candidates withdraw from the race to unify the black vote against Yassky. To this point none of the three black candidates are inclined to sacrifice their ambitions and each believes they have a viable chance of prevailing in the September 12th primary.

State Senator Carl Andrews is favored by the Democratic Party’s New York establishment and was recently endorsed by gubernatorial candidate Eliot Spitzer and former Mayor David Dinkins. Even as Andrews enjoys their support he is also attempting to distance himself from the Democratic organization, where he was close to Clarence Norman Jr., the former Brooklyn Democratic leader who was convicted on corruption charges in 2005.

Chris Owens, the son of Representative Owens, is among the three black candidates competing in the Democratic primary (click here to review his website and here to make a donation to his campaign).

Chris Owens was an elected Community School Board member and president. His government experience includes working with former City Council President Andrew Stein as well as over a decade in the private sector in the health care industry.

He’s promoted himself as “The Real Progressive” in the race. Owens supports our immediate withdrawal from Iraq, President Bush’s impeachment, single payer health care and opposes the Atlantic Yards development project to provide a Brooklyn home for the New Jersey Nets basketball team.

“A Democratic primary in Brooklyn needs your URGENT attention!

In Brooklyn's 11th Congressional District, a progressive candidate, Chris Owens, faces an opponent who is Democratic in name, but is no progressive when it comes to core values and capital.

This opponent only recently moved into the district, just in time to run for office. Practically overnight, he raised almost $1 million – more money than any other Democratic candidate for an open seat anywhere in the entire country. And this outrageous sum was raised in a district where a quarter of the residents live well below the Federal Poverty Line.

This opponent's war chest is primarily funded by – guess who? The developers and corporate concerns whose interests he represents. Let's be clear about what is going on. As a true progressive, Chris Owens has been a clear voice – and often a lone voice – on some of the most important issues of our time.”

I have a temporary home for this podcast. I hope to soon have a better host site. For the time being, please scroll to the bottom of the page, wait about 35 seconds and download the MP3 file after clicking here.
Posted by Robert Ellman at 10:21 PM

Rob, thanks for the primer on the district and the relationship between developers and the late challenger. This makes it a race to watch.